Gumbel-Softmax makes categorical sampling differentiable. Why is that important? Because sometimes we want to optimize discrete or categorical choices with gradient methods. One of the applications is that we can use it in differentiable neural architecture search when we want to decide the operation on one edge.

The original DARTS paper did not introduce Gumbel-Softmax. To decide which operation should be on one edge, it does the following things:

“If only we can train one network each time during search!” one might say. Indeed, selecting one operation for an edge during search instead of using a weighted sum is a good idea. But, sampling itself is not differentiable, we can’t update the parameters with gradient descent.

First we need to understand what is Gumbel distribution.

The PDF of Gumbel distribution is: 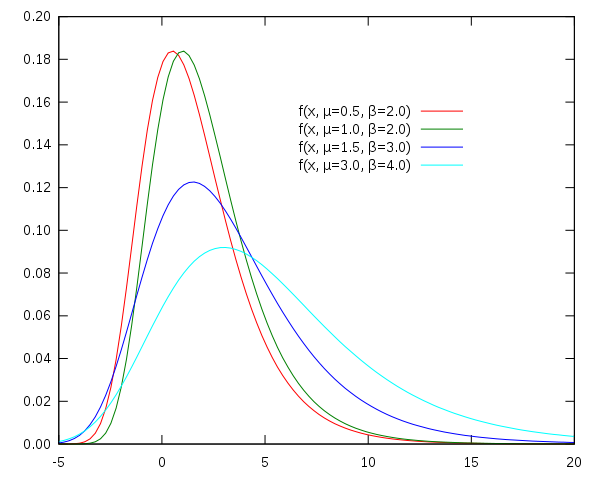 where . We see it has two exponential functions, so it is also known as the double-exponential distribution.

Let’s say, we have a categorical variable with class probabilities , , , . To draw samples from the categorical distribution, we use the Gumbel-Max trick:

where are i.i.d samples drawn from distribution. is defined as:

as is the maximum of . The problem here is is no way differentiable, so we use softmax instead, which is a softened argmax function, making it differentiable. So we get a softened , denoted as , the elements of are:

This is the Gumbel-Softmax trick.

Here we added a temperature variable to control the softness of softmax. 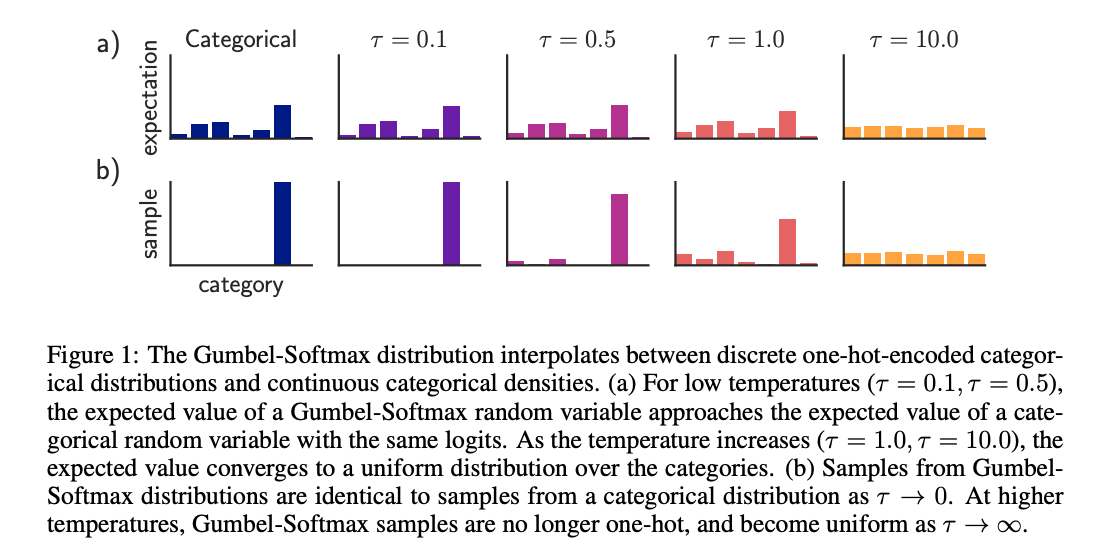 Let me explain. Softmax is just a normalized exponential function. At high temperature, every element is divided by a big number, making them all much smaller, so the absolute difference between every element is also smaller, so the distribution is closer to uniform. In contast, at low temperature (smaller than 1), dividing makes the elements bigger, so the difference between elements are also bigger, making the distribtion “sharper”.

We can think of as heating a crystal. Higher temperature melts the crystal, it becomes more soft (closer to uniform distribution). When it cools down, it becomes hardened and sharp.

We often use an annealing schedule with softmax, starting from a high temperature and gradually cooling it down. This is because we want every choice of operator sufficiently trained at early stage, and gradually forms a preference at later stage.

In some literature we may see the jargon “Gumble-Softmax gradient estimator”. It is well explained in the original paper: