Welcome to my notes on HeteroCL.

How do we install HeteroCL?

To install HeteroCL, simple clone it from GitHub.

After that, go to the downloaded directory and make it. 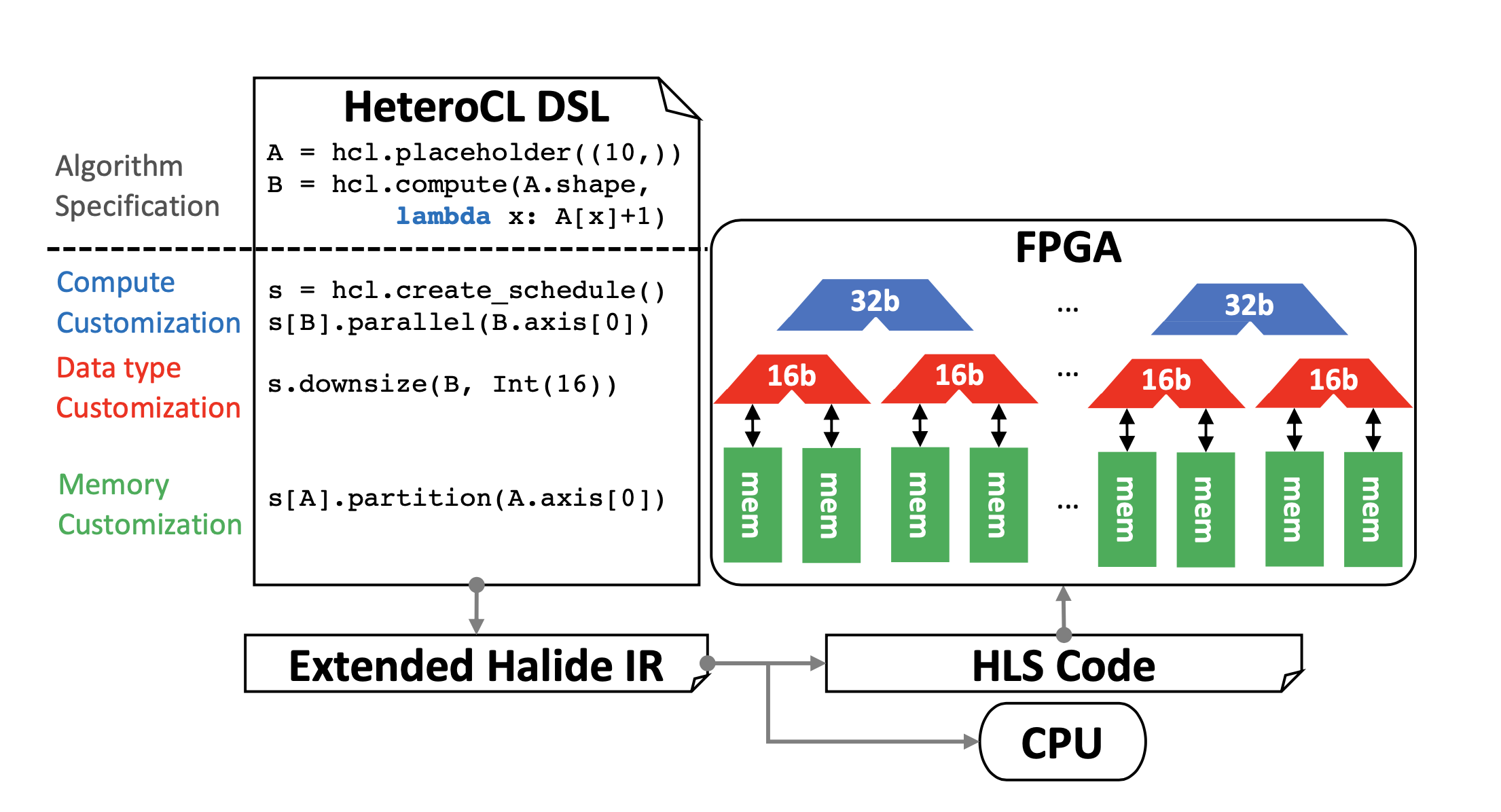 HeteroCL is High-Level-Synthesis with style. How is that so? Previous HLS tools, for example, Vivado HLS, need us users to specify hardware customizations while describing the function, so that it could generate correct circuits from that description. HeteroCL does exactly the same job, but it decouples the hardware customization from algorithm specification, allowing a cleaner programming process.

HeteroCL is like an extension from TVM in the sense of compiler. TVM focuses on Tensor computations for CPU and GPU backends. Though TVM supports FPGA backend by using VTA, its tensor operations are pre-defined. On the other hand, HeteroCL offers additional features for FPGA programming that are more flexible and general. Such features include:

Basic steps to use HeteroCL include:

With above installation steps and Vivado Design Suite 2018.3 installed, I could not get HLS backend working.
See the below error message:

HeteroCL can’t find my Vivado HLS include files. So what we gotta do is to specify where the library files are located.

I added following two lines in the ~/.bashrc file

CPATH is for g++ include directory. It is the same as -I.

Then I reinstall HeteroCL, and Voila!

To understand how HeteroCL works, we try to answer following questions: