Virtualizing FPGAs in the Cloud

Point-Voxel CNN combines the best from both worlds

Voxel is like the 3D equivalence of pixel. A voxel represents a single sample, or data point, on a regularly spaced, three-dimensional grid.

3. What is Volumetric Convolution? 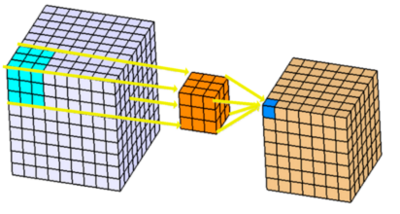 6. Why voxel-based method consumes more memory than point-cloud based method? Doesn’t it have less information because some of the points are merged into one voxel?

I’m not exactly sure about the answer right now. One guess is that during voxelization, the space where it doesn’t have any point is also voxelized. Maybe that’s why we could use sparse voxel.

I suppose so. There must be random memory access while building the sparse kernel.

TL;DR: A quantization scheme where the outlier could overwrite its neighbor value, and a low-overhead hardware implementation of the idea. 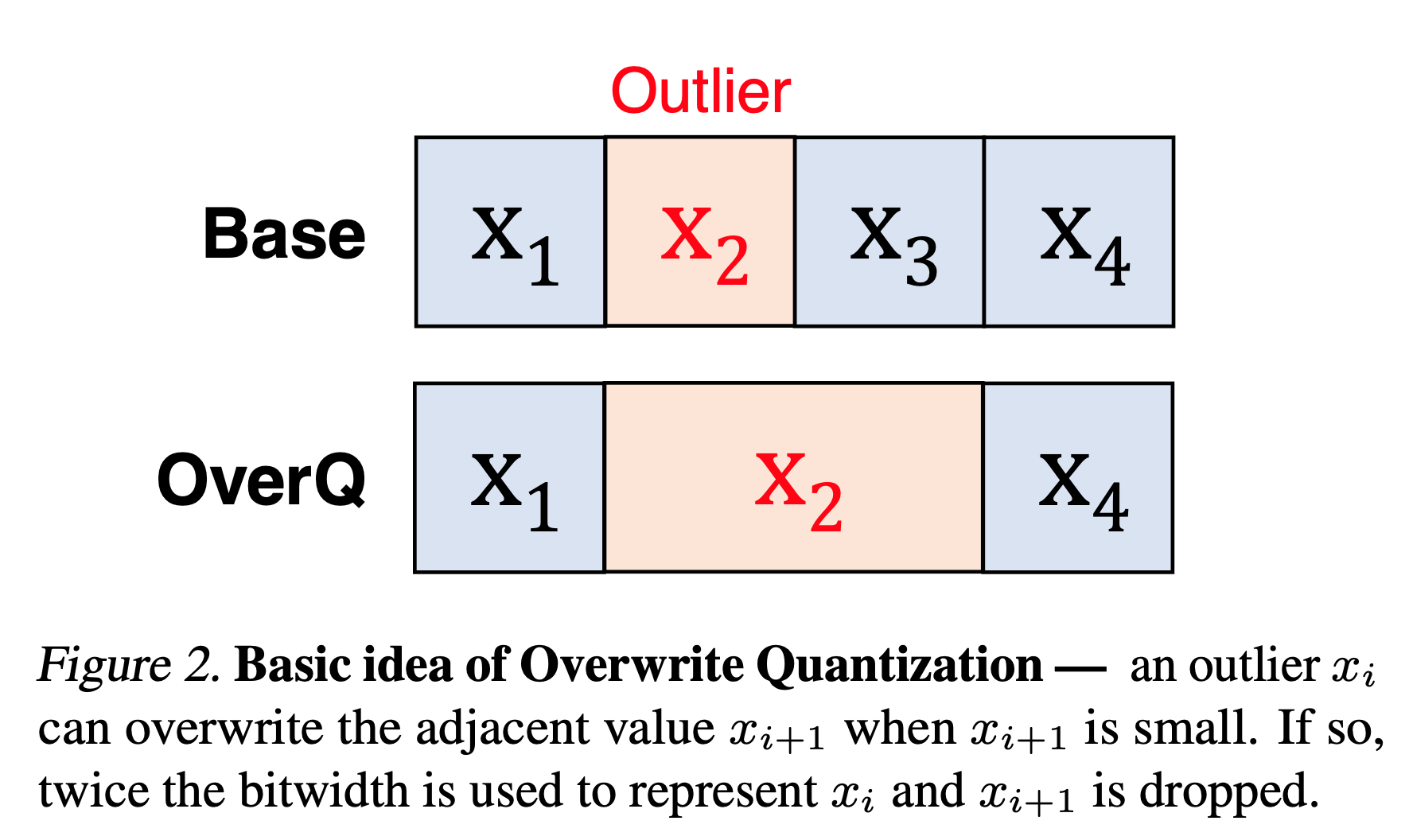 The basic idea of OverQ is to let outlier number take the bits of its neighbor to store its value.

OverQ is an opportunistic quantization scheme, meaning that $x_2$ will only overwrite $x_3$ only if $x_3$ is small. If $x_3$ is overwritten, its value is treated as zero. There are two types of OverQ: OverQ-Split and OverQ-Shift.

We take dot product of two vectors as an example. Both methods use a flag bit to indicated whether it is overwritten.

OverQ-Shift reserves one bit to indicate shift direction. Then the other bits can be used to store the extra LSB or MSB. This way it has $2 \times n - 1$ bits.

There is an extra mode called zero-reuse: when the neighbor is zero, it uses the extra bits to store LSB for higher precision. For example:

1. Once you re-arrange the weight kernels, the output channels’ order is also going to change. Do we change them back? Or doesn’t it affect the convolution result in the downstream layer?

I was wondering if channel reordering would change the hardware design, and now I suppose it wouldn’t. My idea of implementing this: suppose we have two conv layers, first we permute the conv kernels in the first layer to get desired output channel order. Then we must permute the channel order of the second conv layer’s kernels accordingly. Then the hardware just runs the neural network as if it was never channel-reordered.

An overview of proxy-label approches for semi-supervised learning

Proxy labels are generated by the model itself or variants of it without any additional supervision. These labels can be considered as noisy or weak.

There are three categories of proxy-label learning:

The downside of self-training is that the model cannot correct its own mistakes. This effect is exacerbated if the domain of the unlabelled data is different from the labelled data.

Multi-view training train multiple models with different views of the data. These views differs in many ways, such as the feature they use, the model architectures, or different parts of the dataset.

Like tri-training, self-ensembling methods also uses many variants of the model. But it does not require the diversity of the variants. Self-ensembling approaches mostly use a single model under different configurations.

Minkowski engine extends the coordinates with two entries: time step $t_i$, and batch index $b_i$. So the sparse tensor is stored like this:

$\mathbf{f_i}$ is the feature vector at the associated coordinate.

For 3D space point-cloud data, the coordinates are no longer integers, and for 3D convolution, the kernel tensor’s shape may not be cubic. So we need a sparse convolution algorithm that is generalized for any kernel shape, any coordinates:

In this work, a new hypervisor-level hardware component named AXI HyperConnect is proposed. It allows interconnecting hardware accelerators to the same bus while ensuring isolation and predictability.

The integration phase of Hyperconnect

We assume that the IP description is provided in an XML format such as the popular IP-XACT. Each hardware accelerator should implement an interface composed of an AXI control slave interface and an AXI master interface. 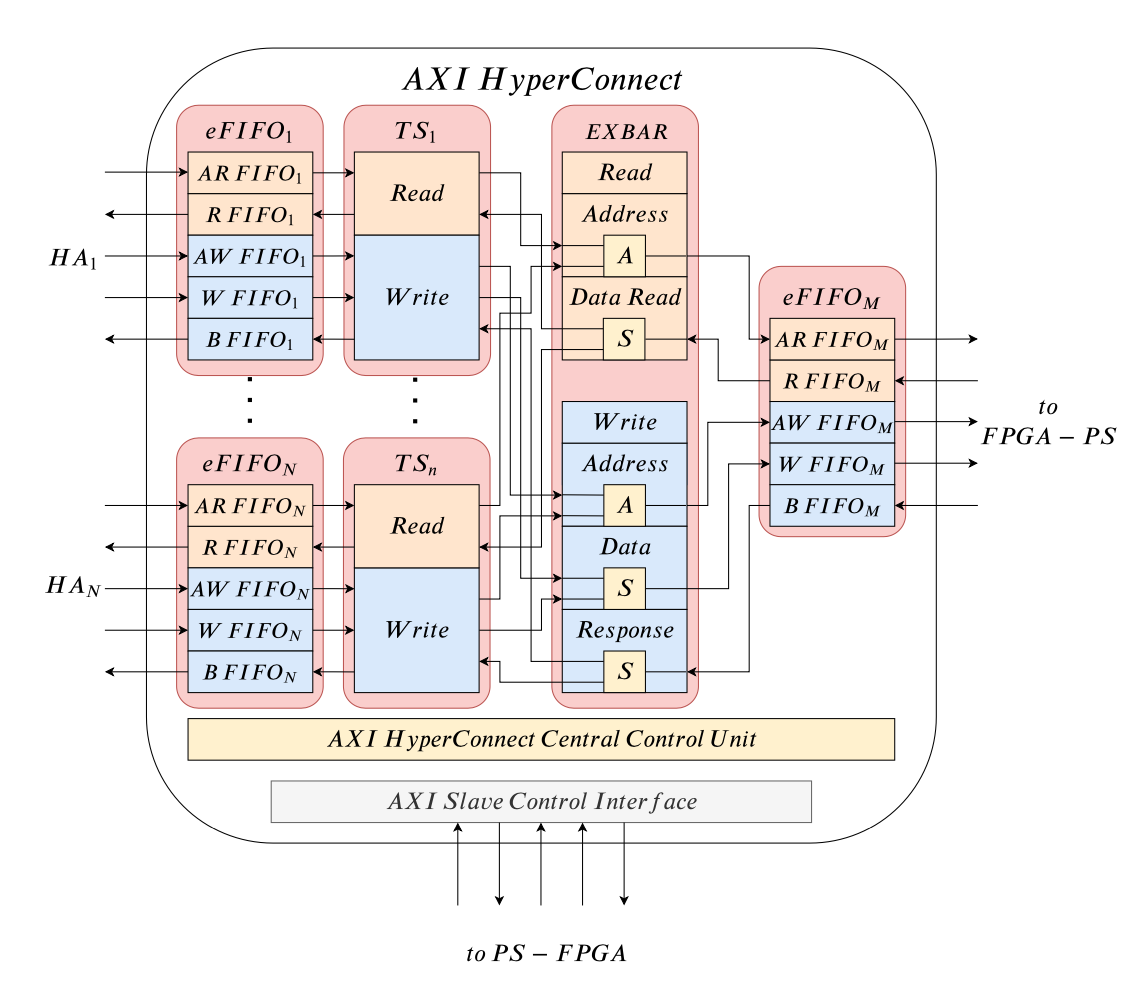 The eFIFO module is a buffered AXI interface. Each eFIFO module defines five independent FIFO queues, one for each AXI channel. Each of the queues is implemented as a proactive circular buffer (proactive means always ready to receive).

decoupling mechanism: when a hardware accelerator is decoupled, the AXI handshake signals on all the AXI channels are kept low, not allowing data exchange.

TS is the core module to control bandwidth and memory access management. TS implementation detials: “Is your bus arbiter really fair?”. TS does the following things:

The EXBAR is a low-latency crossbar in charge of solving the conflicts of read/write requests. It implements round-robin artbitration with a fixed granularity of one trasaction per TS module in each round-cycle (thus the latency is predictable). 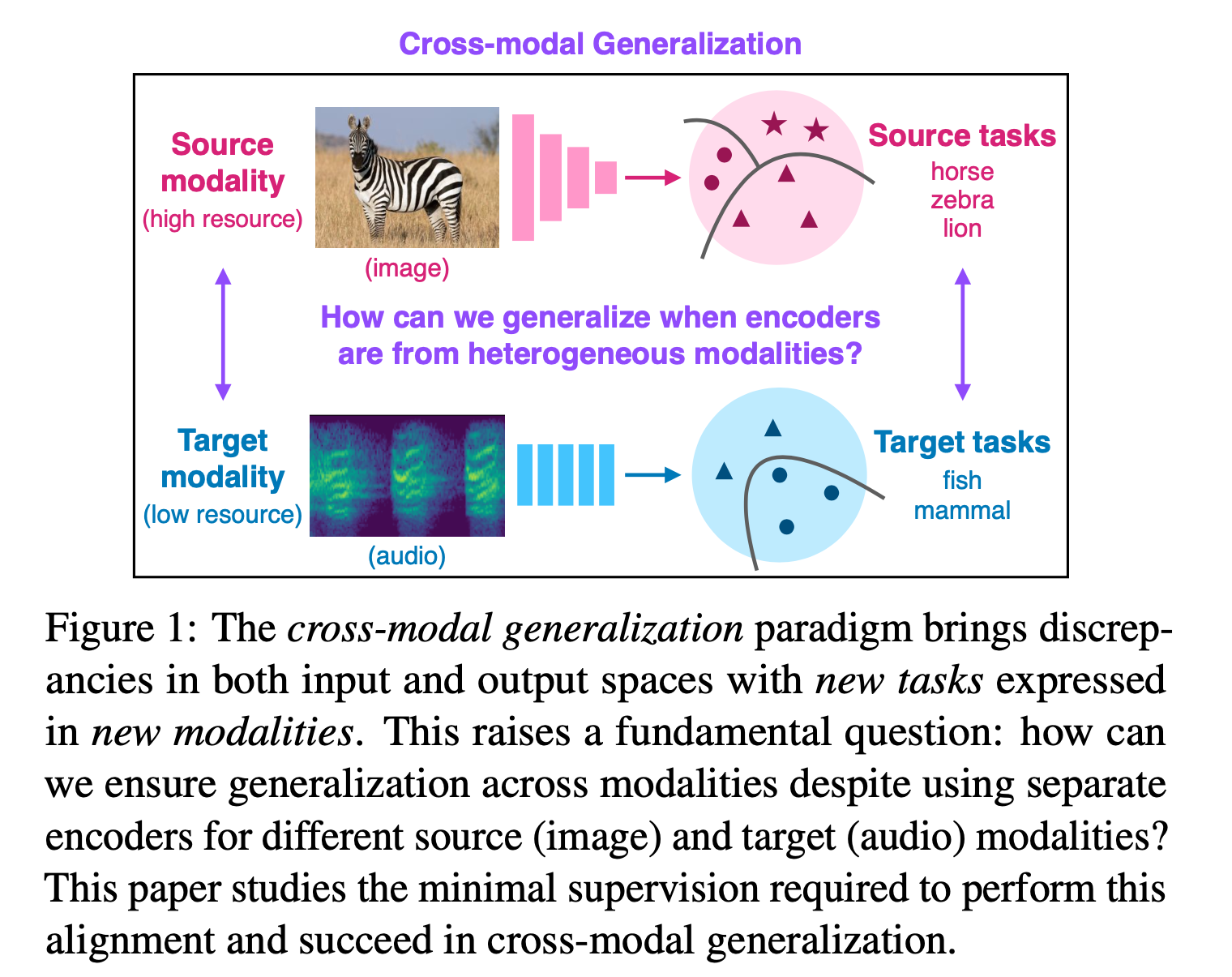 Modality
Input spaces, the means that a concept is expressed, or a type of representation. e.g.: visual, acoustic, tactile, ligustic are different modalities.
Key Research Question